Electromagnetic Investigations in the City

Electromagnetic Investigations in the City

Since the end of the 1970s Christina Kubisch works with the system of electromagnetic induction, which she developed from the basic technique to an individual artistic tool. In 2003 she started her research on  a new series of  works in public space, which trace the electro-magnetic fields of urban environments in the form of city walks. The first Electrical Walk took place in Cologne in 2004 – invited by Georg Dietzler.

Electrical Walks is  a work in progress. It is a public walk with  special, sensitive wireless headphones by which  the acoustic qualities of aboveground and underground electromagnetic fields  become amplified and audible.

The transmission of sound is made by built-in coils which respond to the electromagnetic waves  in our environment. The palette of these noises, their timbre and volume vary from site to site and from country to country. They have one thing in common: they are ubiquitous, even where one would not expect them. Light systems, wireless comunication systems, radar systems, anti-theft security devices, surveillance cameras, cell phones, computers, streetcar cables, antennae, navigation systemes, automated teller machines, wireless internet, neon advertising, public transportation networks, etc. create electrical fields that are as if hidden under cloaks of invisibility, but of incredible presence.

The sounds are much more musical than one could expect. There are complex layers of high and low frequencies, loops of rhythmic sequences, groups of tiny signals, long drones and many things which change constantly and are hard to describe. Some sounds are sound much alike all over the world. Others are specific for a city or country and cannot be found anywhere else.

Electrical walks is an an invitation to a special kind of investigation of  city centres (or elsewhere). With the  magnetic headphone and a map of the environs, upon which the possible routes and especially interesting electrical fields are marked, the visitor can set off on his own or in a group. The perception of everyday reality changes when one listens to the electromagnetic fields; what is accustomed appears in a different context. Nothing looks the way it sounds. And nothing sounds the way it looks. 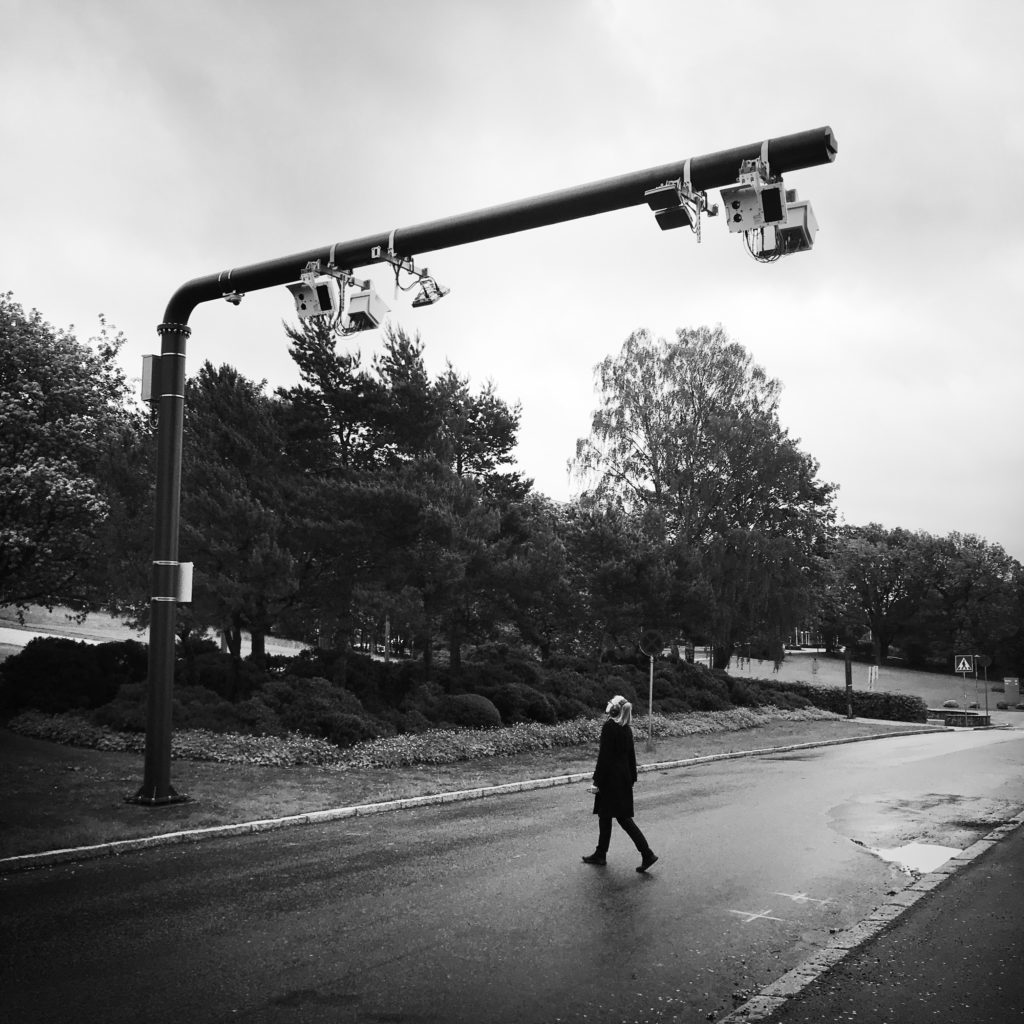