Mostly known as the man behind the acclaimed Freezone series, and as the host of his own Lysergic Factory radio show (aired weekly on several cutting-edge European stations), DJ Morpheus is a man with a rich musical history. He started out as a teenage poet, was quite infatuated with the works of the Beat Generation, published some books and translated his favourite writers into Hebrew.

In the mid-Eighties he was the lead singer and main lyricist with cult band Minimal Compact, whose Middle-Eastern-tinged dance/rock exerted a strong influence, both in Europe and in America, where a couple of their 12″ became absolute anthems in the so-called “D.O.R.” (Dance Oriented Rock) clubs, and came out on legendary Chicago label WaxTrax.

After the demise of Minimal Compact, most of the band’s members returned to their native Israel, but Samy (who also came originally from Israel, but had spent most of his life in various European cities) stayed on. He started the Gruesome Twosome project, enlisting the help of collaborators such as Frenchman Bertrand Burgalat (who worked on a bunch of Mute releases and ghost-wrote several Laibach albums), Norwegian Per Martinsen (aka Mental Overdrive), and Orb member Thrash. The first Gruesome Twosome 12″ “Hallucination Generation” (which incidentally was one of the first releases on Crammed’s then-fledgling dance division SSR) came out in 1989, a groundbreaking, slamming breakbeat track which once again became a cult club track, and made it into all the influential dance charts (from underground tipsheets to Billboard).

Samy then decides to stop using his voice for music-making purposes, and records – along with Benjamin Lew – a last album of sung poetry (“When God Was Famous“) in which he pays tribute to Yeats, Hermann Hesse, Malcolm Lowry, Boris Vian, Delmore Schwartz, Kenneth Patchen, Gottfried Benn, Paul Celan, Eluard and his other childhood heroes. He spends many months indulging in his favourite vice, i.e. collecting rare, obscure and marvelous vinyl records.

In 1994, Samy reincarnates as DJ Morpheus… his above-mentioned vice is transmuted as a virtue as he is invited to share A&R duties for SSR with his long-time friend (and Crammed boss) Marc Hollander, and takes the controls of freestyle electronic series Freezone. Thanks to Samy’s immense knowledge and flair, the Freezone series rapidly becomes one of the world’s most respected and most enjoyable collections : each of its yearly installments unfailingly documents the most interesting new trends, introduces up-and-coming cutting-edge acts (just think that acts like DJ Cam, Kruder & Dorfmeister, Photek, Abacus, T-Power, The Mighty Bop aka Bob Sinclar and The Ballistic Brothers all appeared on Vol.2 – in April 95 !), and offers exclusive tracks by high-profile artists (from Howie B to Coldcut, Carl Craig, LTJ Bukem, 4 Hero, Josh Wink, Plaid, Kruder & Dorfmeister, Photek, they’re too numerous to list).

Morpheus starts a weekly radio show in Brussels around 94. Tapes of his strange, late-night sessions are passed around, and he’s offered a weekly spot on prestigious Parisian station Radio Nova, as well as guest slots on various European and US radios. His live DJ career starts in 95 as he’s invited to play at a big R&S party in Ghent. Since that almost-accidental start, Morpheus has been performing in major clubs and festivals on four continents.

True to the nature of his namesake (Morpheus is the Greek god of sleep), Samy’s early sets featured mostly music of the downtempo/chill variety, but very quickly he’s started mixing hip hop with house, drum’n’bass and breakbeats, while always looking for the most original and inventive tunes in each genre, thus earning him the dangerous honour of being considered as ‘one of the originators of freestyle (“dangerous” because, to this day, dance music is sadly – and relatively tightly – compartimentalized, divided, pigeonholed… silly as it may seem, followers of the various churches, erm, clubs generally don’t like it when borders are trespassed…)

Freezone aside, Morpheus has put together a handful of other, excellent compilations for SSR, including “If You Can’t Beat’Em, Break’Em” and “Phax ‘n’ Phixion” (the latter came out in Oct.98 and was hailed as one of the best compilation of underground US hip hop).

Morpheus has also recently been seen again in recording studios: he’s cut an EP in collaboration with The Bassbin Twins, and has remixed tracks by Morphine and Tosca. 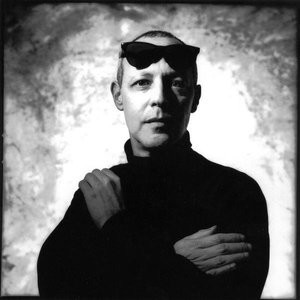